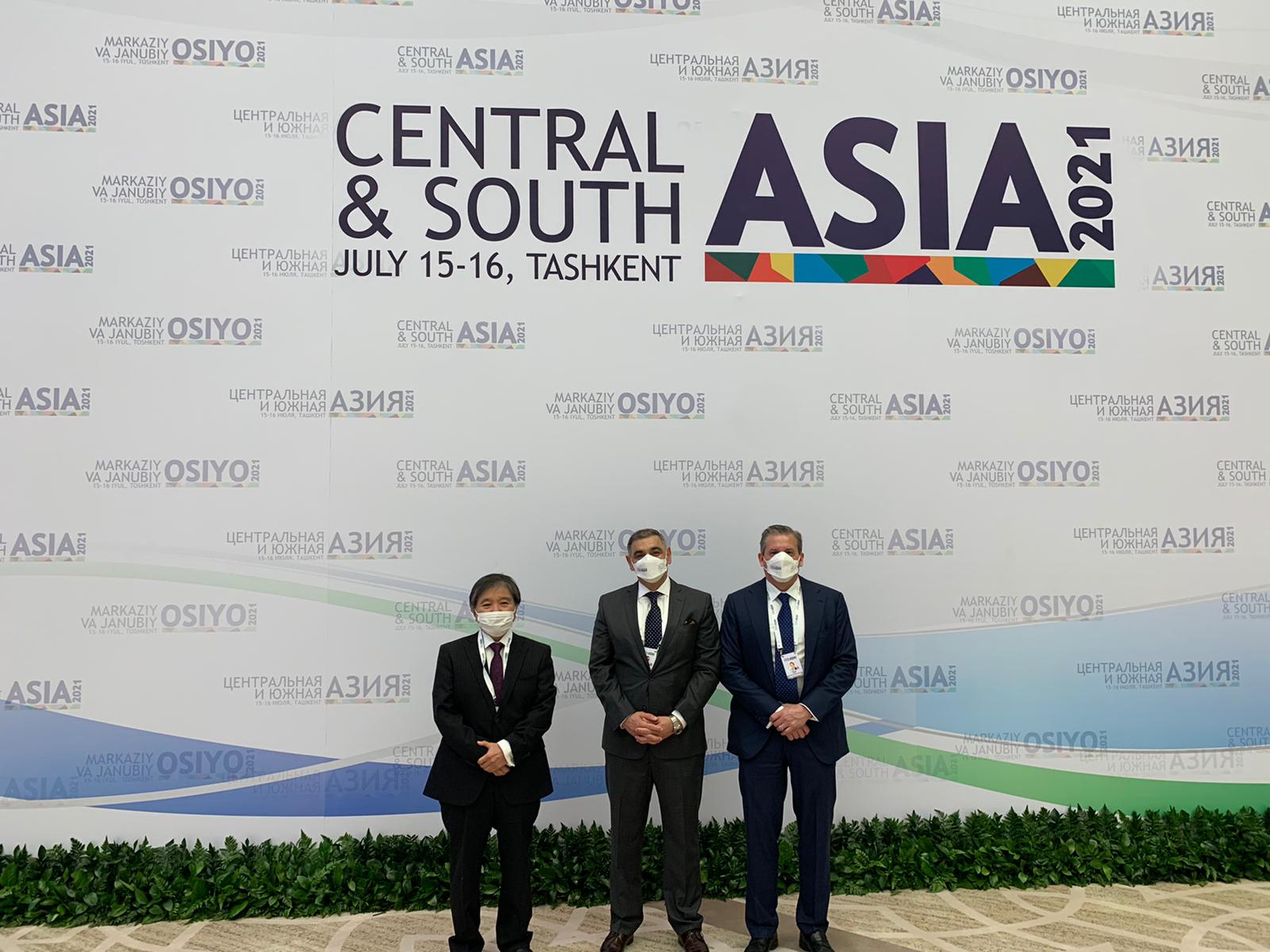 Delphos Head of Strategic Partner Wesley Davis travelled to Tashkent, Uzbekistan to attend the International Conference on Regional Connectivity of Central and South Asia in July.

While in the country. Mr. Davis held meetings with numerous government Line Ministries and the Uzbekistan Ministry of Finance to operationalise a recent Memorandum of Understanding for cooperation between Delphos and the Government of Uzbekistan.

“The Government of Uzbekistan’s commitment to privatization promises great potential for the country’s economy” said Mr. Davis. “Delphos is excited to support the government’s national development strategy and continue deepening our connections in the country.”

Mr. Davis also chaired a meeting of the Corporate Governance Committee of the Supervisory Board of Ipoteka Bank, the state-owned bank prioritised to be privatised by the Government of Uzbekistan.